When you book with an account, you will be able to track your payment status, track the confirmation and you can also rate the tour after you finished the tour.
Sign Up

Or Continue As Guest

When you book with an account, you will be able to track your payment status, track the confirmation and you can also rate the tour after you finished the tour.
Sign Up
1582

Give us a call. We are your African specialists and we’re happy to help you plan your dream safari.

Your African Splendours safari will introduce you to some of Kenya’s best wildlife areas, travelling with a small group of fellow travellers who, like you, wish to avoid busy tourist lodges and pop-top minibuses.

Nairobi National Park is unique as the only protected area in the world with such a huge variety of animals and birds so close to a capital city. It is a successful rhino sanctuary and is one of the few parks where a visitor can be certain of seeing a black rhino in its natural environment.

Amboseli National Park, at the foot of Mount Kilimanjaro, is one of Kenya’s most popular national parks. The Selenkay Conservancy is an unspoilt and unfenced wilderness with a limited number of visitors who experience incredible game viewing as the wildlife roam freely between the Park and the conservancy.

Ol Pejeta is a 90,000 acre conservancy which is home to an amazing variety of wildlife including Africa’s only two remaining northern white rhino. It is the largest sanctuary in East Africa for the endangered black rhino, and includes the Sweetwaters Chimpanzee Sanctuary.

The Maasai Mara is Kenya’s finest game area and home to abundant wildlife. This vast ecosystem incorporates the Maasai Mara National Reserve as well as the neighbouring Naboisho, Olare Motorogi & Ol Kinyei Conservancies. These conservancies form a stunning wilderness area where guests can not only enjoy game drives but also experience extra activities that are not allowed in the National Reserve (such as guided safari walks, game drives by night and meals in the bush).

By staying in small safari camps in private community-owned conservancies rather than busy national parks and game reserves, you’ll enjoy a personal wilderness experience away from the crowds. Our African Splendours camps are firm favourites with our guests. These award-winning camps are small and exclusive, and run on environmentally sound principles. The camps are specially designed to have minimum impact, with no permanent structures, while ensuring every comfort for their guests. They work closely with their local communities, providing employment and communty support as well as income from the lease of the communal land.

Flying between camps gets you straight to the wildlife without spending hours travelling between the parks over rough, dusty roads. On your ultimate African Splendours safari you’ll experience night game drives in open-sided 4×4 safari vehicles and bush walks with Maasai guides – activites which not permitted in national parks and reserves.

Day 1 & 2: You’ll be met at Nairobi’s Jomo Kenyatta International airport and transferred to your camp in the heart of Nairobi National Park for 2 nights – a superb alternative to staying in a hotel in the busy city centre.

After breakfast the following morning you’ll enjoy a morning game drive or visit the Sheldrick Wildlife Trust where you can watch the orphaned elephant babies as they guzzle their milk bottles. On a late afternoon game drive you’ll search of some of Africa’s iconic animals before returning to camp for dinner and overnight.

Days 3 – 5: Early breakfast then transfer to Nairobi’s Wilson (domestic) airport for the morning flight to Selenkay / Amboseli and transfer to your home for  the next 3 nights. Spend two days exploring the Selenkay Conservancy on game drives and an escorted nature walk with Maasai guides. All the big cats have been seen in the Conservancy, as well as elephants and a wide range of species including large numbers of giraffes, zebra, and antelopes. There are also less common animals to be seen such as the long-necked gerenuk, lesser kudu and African wildcat.

Learn about Maasai culture and traditions on a visit to a nearby village, home for many of your camp staff. On night game drives back to camp your guide will use a spotlight to seek out nocturnal animals such as aardvarks, serval cats, caracals, bat-eared foxes, African wild cats, and other species.

On your last day here you’ll drive through the bush on our private track into Amboseli National Park for a full morning of game viewing. Following a picnic lunch in the park return to camp. In the evening you’ll go on a game drive in the Conservancy, stopping for a sundowner at a scenic viewpoint, followed by a night game drive back to camp for dinner and overnight.

Days 6 & 7: After breakfast drive to the airstrip for your flight via Nairobi to Nanyuki. You will be met at the airstrip and transferred to your camp in the Ol Pejeta Conservancy, in the foothills of Mount Kenya. Lunch and afternoon tea in camp and then head off on a game drive with your driver-guide in the camp’s 4×4 safari vehicle.

Spend a full day in Ol Pejeta with game drives and walking activities from camp. Visit Baraka, the blind black rhino who is an ambassador for this endangered species, and the Chimpanzee Sanctuary created by the Jane Goodall Institute for rescued chimps from throughout Africa.

Days 8 & 9: Return to Nanyuki to connect with your flight to the Mara and transfer to your next camp in Ol Kinyei Conservancy, arriving for lunch. In the afternoon you’ll have a game drive with a sundowner at a scenic spot followed by a night game drive with spotlights to search for nocturnal animals, including the elusive leopards that reside in the conservancy.

Next morning you’ll awake to the sounds of the Mara’s birdlife and a soft ‘Jambo’ from the camp crew bringing your early morning cup of tea or coffee. Leave camp soon after dawn to explore the Ol Kinyei Conservancy, looking out for elephants, buffalo, giraffe, plains game and the big cats and enjoying breakfast in the bush! Return to camp for lunch. Your afternoon game drive ends with a night game drive on the way back to camp.

Drive into the famous Masai Mara Reserve where you’ll spend a full day with a picnic lunch, returning to camp in the late afternoon.

Day 13: Early morning game drive in the conservancy returning for breakfast. Mid-morning transfer to the airstrip for the 11am flight back to Nairobi’s Wilson airport (arriving 12.15h). Transfer to the international airport to connect with your onward journey.

Extra Nights can be added at any camp or in Nairobi. Alternatively, extend your stay by flying to the Kenya Coast or the Spice Island of Zanzibar to relax on the pure white beaches of the Indian Ocean. 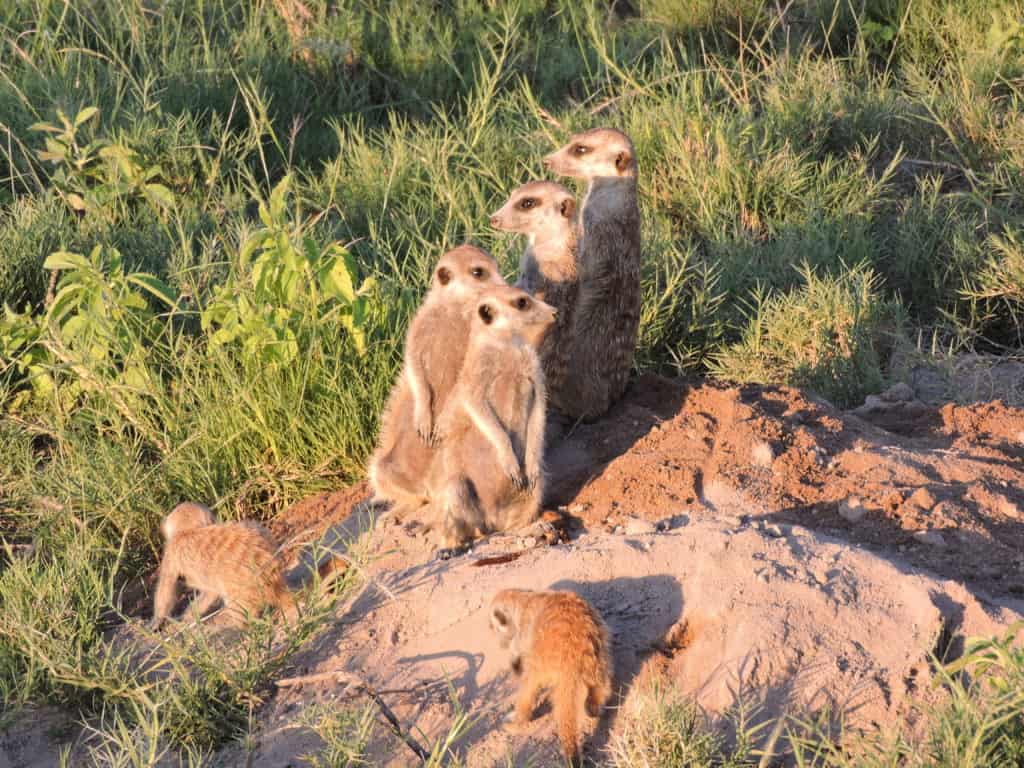 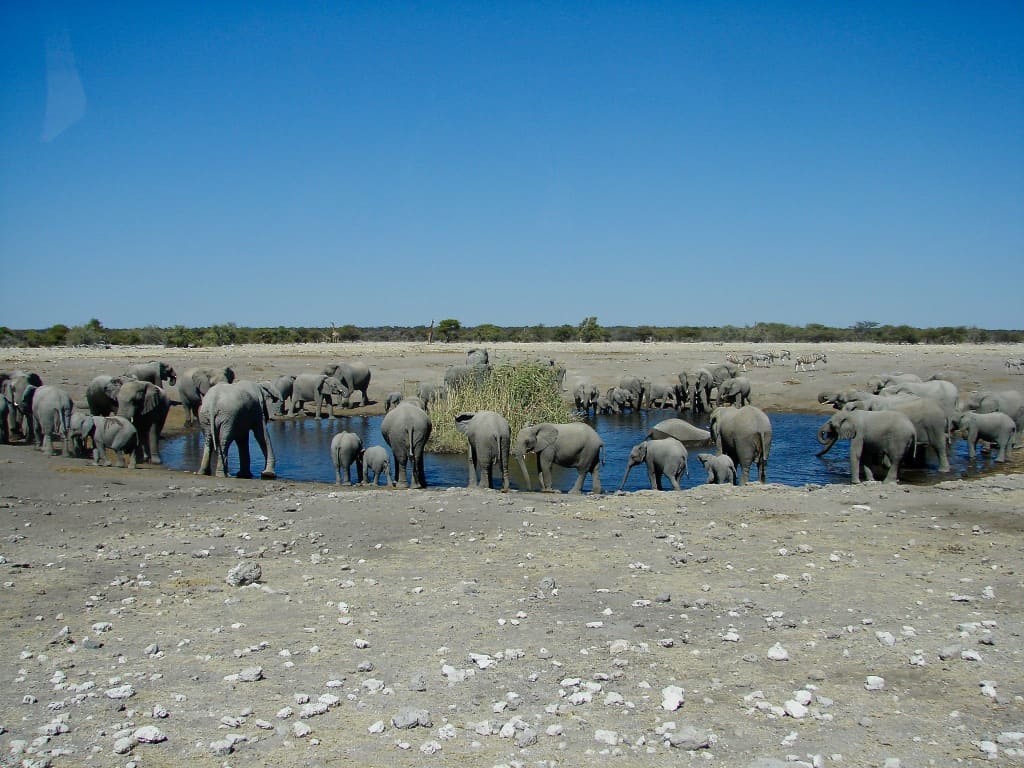 We sit here at Hemingways Resort enjoying the perfect ‘wind down’ after a fabulous safari. Karen, you have done it again! After Turkey and Greece, our expectations were high, and we certainly have not been disappointed. Who would have ever thought that we would see 20 species of animals on Day 1? Every day brought more pleasure – not only the animals but also the culture and the friendliness of the people. We will never forget this unique experience. Great food and company, excellent guides, friendly camels, and the most enjoyable G & T in the middle of nowhere! Thanks a million, Karen – where to next?

Karen, my expectations for this trip were very high, but the experience has gone way beyond these expectations. To see the animals as they are meant to be – and living in such harmony (except when it was mealtime for the lions, leopards, and cheetahs of course) was absolutely awesome. Also to see them all so sleek and healthy was heart-warming. Karen, you really are ‘Camp Mother Supreme’. Your wise counsel kept us safe and ensured the trip’s success. Would travel with you anytime.

My first time in Africa and I am hooked – absolutely have to come back! Could not have had a better introduction to such an amazing country. Lion cubs, wild dogs, cheetahs, elephants so close, zebras and antelopes forever, having it all to ourselves… Your organisation and understanding are much appreciated. See you in Botswana next year!